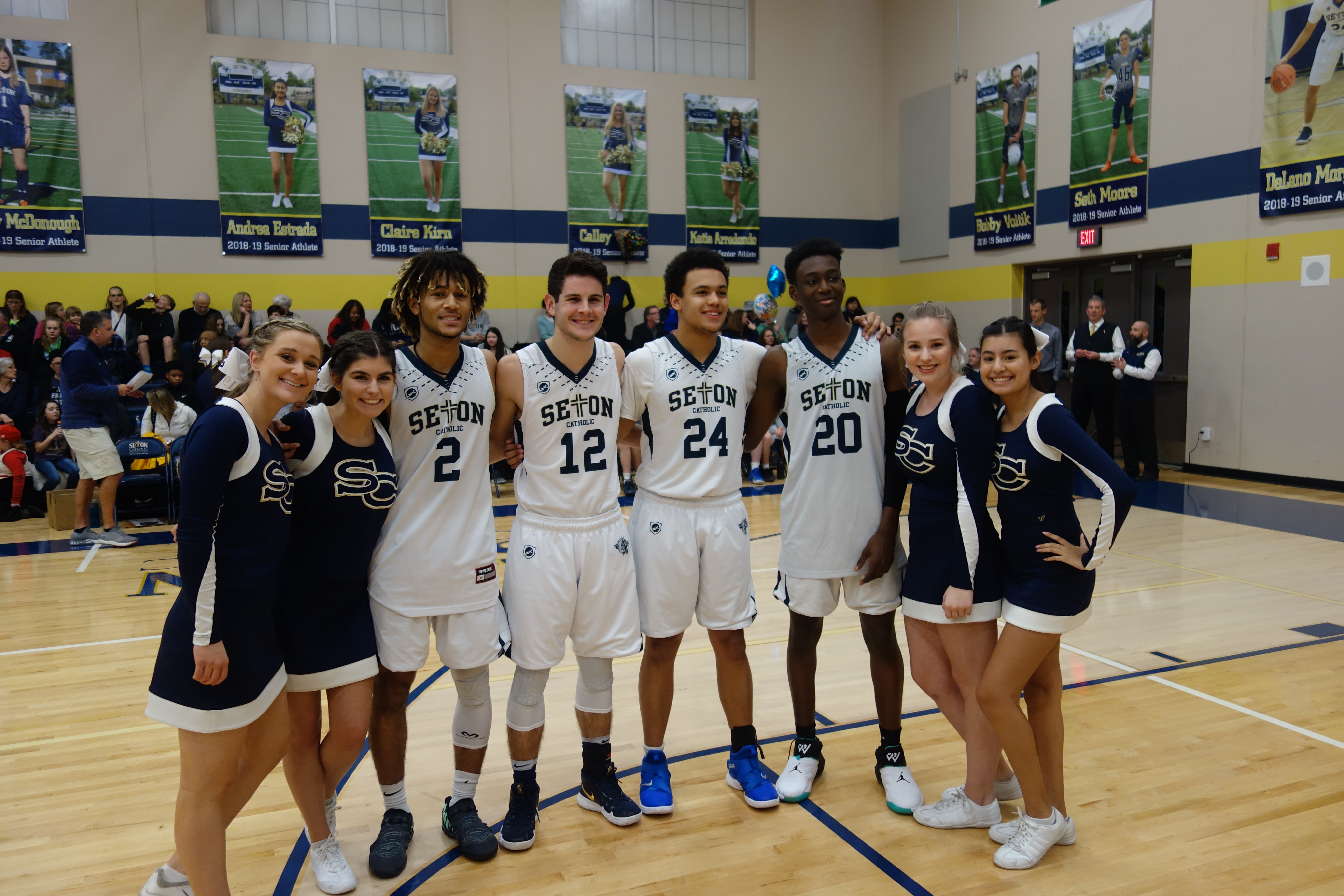 Once game time arrived it was all Seton as Delano Morgan scored 8 of the teams first 10 points en-route to his game high 23 points! The Cougs outscored Stevenson 27-14 in the first quarter and never looked back. Seton’s defense was outstanding as they kept the high scoring Bulldogs under 15 points in each of the first two quarters. Led by Malik Willam’s lock down “D” on the Bulldog’s Hoidal, and Isaiah Parker keeping Stevnson’s Krog out of the paint the two bulldog leading scorers were both held under their season averages.

Seton was never threatened after the first half and the Cougs went onto close out their final regular season game. The Cougs were led by Morgan’s 23 points including 3 three pointers. Xavian Rushing added 11 points and Andy Olson was also in double figures with 10.

The Boys Varsity finish the regular season with a 15-5 record and third place finish in the Trico Co League. The Cougs are currently ranked 19th in state in the 1A classification. Seton will be on the road next week for their opening game of the district playoffs. The Cougs will travel to either Forks, Hoquiam, or Montesano on Feb.7th.

Congrats to our seniors and their parents. We are blessed to have you hear as representatives of our school! We are very proud of you! Good luck boys at districts!