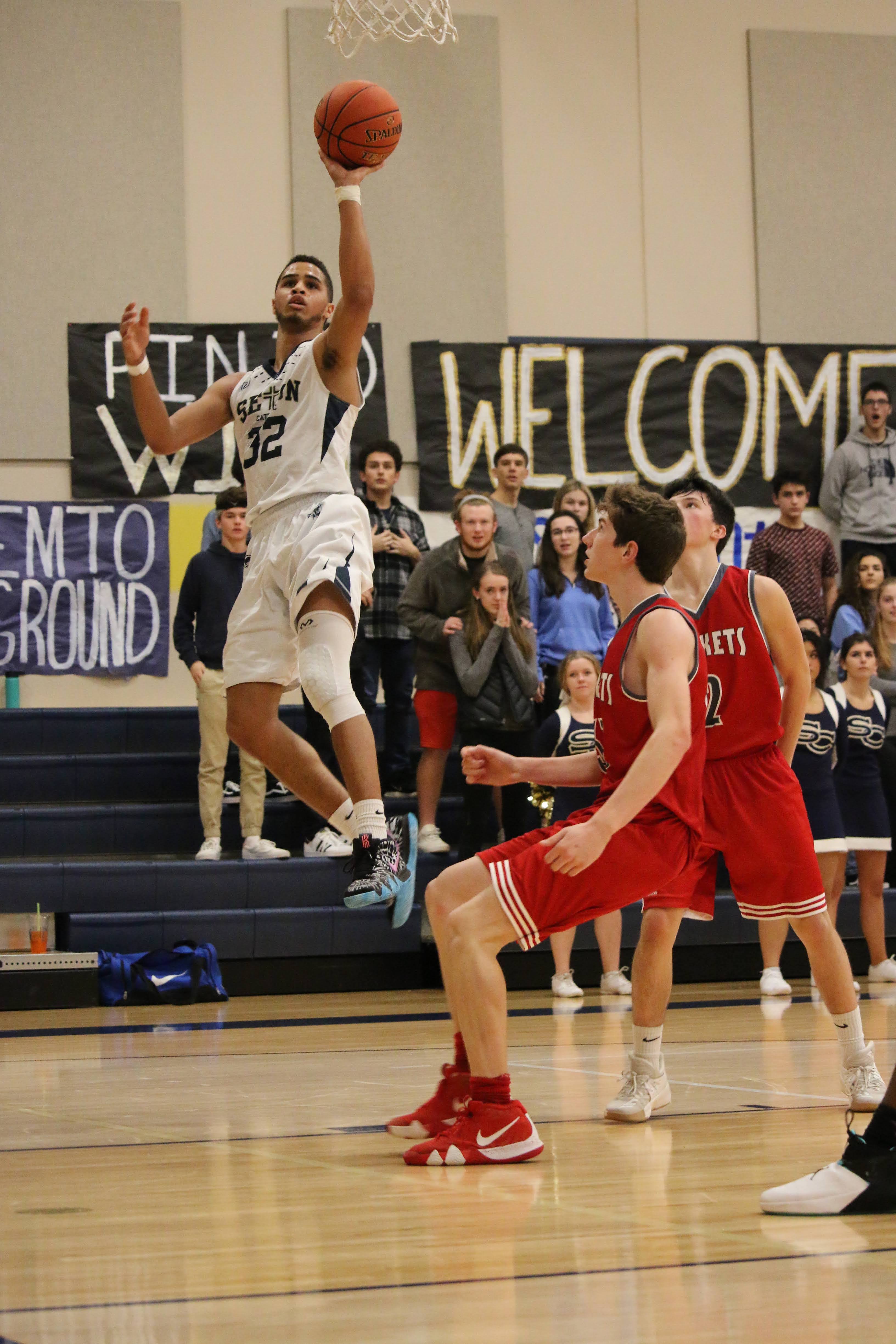 Coming off an emotional win over King’s Way on Tuesday there’s always concern for a let down in the next game. Especially with only 1 day of rest. Although the Cougs weren’t totally sharp they took care of business tonight at home vs Castle Rock and ran away from them in the second half for 82-50 Trico League win!

The Cougs came out running and gunning but Castle Rock showed no signs of fear as they answered our early energy with energy of their own. At the end of the first it was 20-15 Seton. In the second quarter the Cougs began to assert themselves defensively and held the Rockets to just 9 points in the period. Seton went into halftime with a 15 point lead.

Seton extended that lead to twenty in the third and then went on a 22-10 run in the fourth to keep the game completely out of reach and give the Cougs their third straight league win!

Seton has the next three nights off then they travel up the gorge to Stevenson on Monday for a very important league showdown with another team that loves to get up and down the floor. JV 5:30pm/Varsity 7pm.